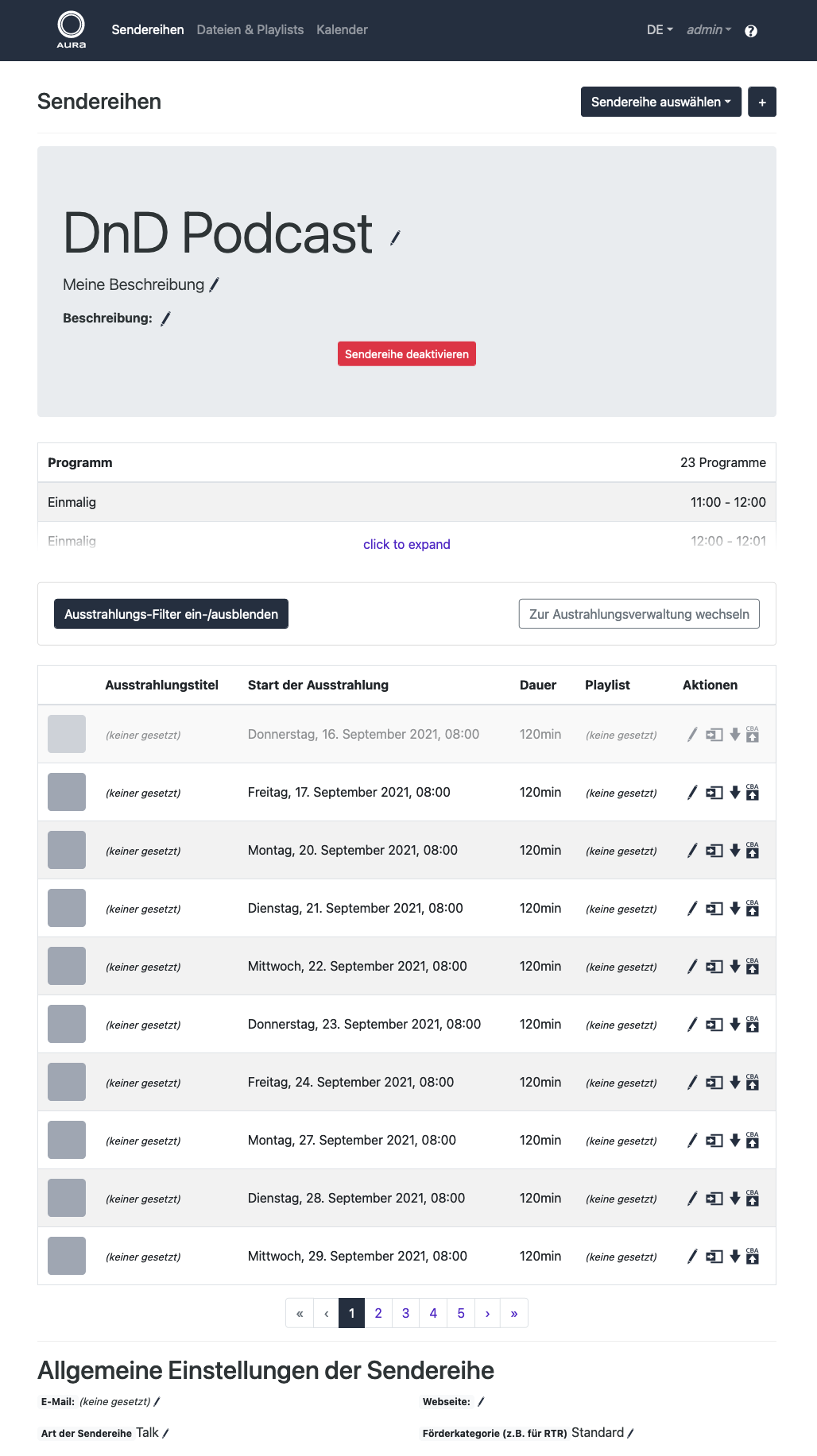 AURA is an open-source project funded by 5 different community radios in Austria. After more than 15 years of using the same playout system for their broadcasting it was decided to build a modern, decoupled system based on multiple components.

While the project was founded in 2017, I was brought on board in 2020 and continued building out the frontend for the application based on previously supplied code. The most interesting parts of this project was the scheduling system and repetition rules for quickly scheduling radio shows from a calendar-based view. This was completed using the FullCalendar library.

Another major part of my responsibilities was handling the implementation of a complete i18n process for the frontend. This was solved with the help of Airbnb's polyglot.js library

Aura is currently in the process of finishing up version 1.0, slated to be available for the general public in late 2021.